Budapest is one of my favorite cities in Europe! Before arriving in this beautiful city, I did little research and had a vague idea of what to see in Budapest, but I can tell you now that there are plenty of awesome attractions to add to your list of things to see in One Day In Budapest!

A lot of people ask “Is Budapest cheap?” And my answer to that is, Yes of course because there are lots of free things to do in Budapest. Furthermore, I have put together this Budapest Travel Guide to help you plan your trip!

Have you got travel insurance for Hungary? I know that nobody likes to talk about this stuff but accidents can happen and having World Nomads Insurance can save you thousands of dollars if something goes wrong.

WHERE IS BUDAPEST & HOW TO GET THERE

Budapest is the capital city of Hungary located in the very north of the country. The population of Budapest is 1.7 million.

The two most common ways of reaching Budapest is by plane or train.

Budapest International Airport is very well connected with daily flights available from anywhere in Europe and also international arrivals from Asia. I always use SkyScanner to search and book all of my flights as they generally have the cheapest rates.

Search All ∼ Flights to Budapest on Skyscanner.com

Arriving in Budapest by train is the next best option of reaching this beautiful city in Hungary. Daily trains operate in and out of Budapest Central Station, connecting Budapest from other major countries in Europe such as Austria, Czech, Slovakia and Romania, to name a few.

Traveling around Europe by train is one of the best ways to get around at an affordable cost. I highly recommend purchasing a Eurail Pass to make the most out of your Europe trip. There are many different passes available which give you access to the majority of trains, buses and boats within 31 countries in Europe! ONE DAY IN BUDAPEST – TOP 5 THINGS TO DO

The outstanding Citadella is a historic fortress that resides on top of Gillert Hill and it is one of the best free things to do on your one day in Budapest.

Constructed many years ago by the Hapsburgs following the failed Hungarian War of Independence.

It was once occupied by the Austrians, which was then taken over by Nazis and then finally the Soviets. This incredible fortress has a more complex history than Budapest city itself!

Budapest Citadella was the first attraction I had written down on my Budapest itinerary and it did not disappoint. Not only is it rich with history but it also offers surrounding well-kept gardens and the BEST panoramic views overlooking the entire city!

Don’t forget, at the very top of Gillert Hill you can find the Liberty Statue standing tall at the summit, an impressive monument that is hard to miss.

There a number of entrances to the fortress grounds at the Citadella though my recommendation, for the easiest access, is by using the footpath located opposite the Gellert Hotel. Remains of the fortress View from the Citadella – 1 Day in Budapest

The Parliament Building is one of the cities most iconic landmarks and a must-see on your one day in Budapest itinerary!

Located along the banks of the Danube River, it is hard to miss the Parliament Building due to its monstrous size.

I didn’t go inside the Parliament Building, however, the best viewpoint to marvel at the wonderful architecture is on the opposite side of the river. If you’re lucky, you may even get that perfect reflection photo! Parliament Building – Budapest in one day

If Budapest is famous for one thing it would have to be the Ruin Pubs! These shanty, quaint and unique style pubs are set up in old, run-down buildings which have been converted into bars filled with antique furniture, decorative artworks and more.

My favorite and the most reputable ruin pub in Budapest is Szimpla Kert! A large atmospheric building decorated with funky mismatched items that offers great food, a wide selection of beverages and live music!

Be sure to add Szimpla Kert to your list of places to see on your one day in Budapest for it is one of the best social things to do. Szimpla Kert – What to do in Budapest in 1 day The Buda Castle Hill Funicular is the second oldest of its kind in the world. It was first opened in 1870, working on a system of weights and counterweights that carries the carriages up and down the tracks.

The funicular was unfortunately under maintenance during my one day in Budapest and I wasn’t able to take a ride to the top. However, there is a footpath to the side of the funicular that zigzags up to the top of Castle Hill where you’ll be rewarded with panoramic views of Budapest and the Danube River! The Danube River divides the Buda and Pest sides and just so happens to be the second-largest river in Europe!

Taking a stroll up and down the Danube River is one of the best free things to do during your one day in Budapest, especially on a warm summer day.

Alternatively, if your feet don’t work, there is the option to explore Danube River by boat. The cost of a river cruise is around $10-$20 depending on which package you buy.

Click Here to get the best rates when booking your Danube River boat cruise online in advance!

Not to be missed along the east bank is the ‘Shoes on the Danube’, a memorial to honor the Jews who were killed during World War II. Shoes on the Danube River – One Day In Budapest The Danube River – One Day In Budapest

Want to travel full-time? ∼ Click Here To Learn How!

WHERE TO STAY IN BUDAPEST

Budapest has thousands of accommodation options to choose from, so I have narrowed it down to a few of the best places to stay in Budapest to fit the needs of budget backpackers and luxury travelers. See the list of accommodations below that I personally recommend: 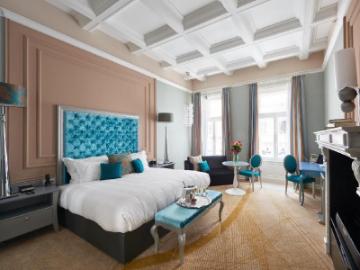 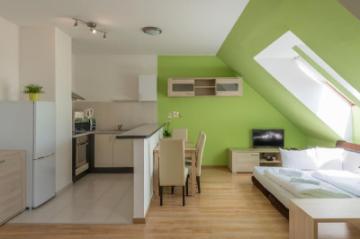 FOR ALL OTHER PLACES TO STAY IN BUDAPEST, SEARCH ON AGODA OR SEARCH ON BOOKING.COM

ONE DAY IN BUDAPEST – THINGS TO KNOW BEFORE YOU GO

The best time to visit Budapest is from March all the way through till September when temperatures are moderate.

Although, do take into consideration that peak season in Budapest is between June and August which is smack bang in the middle of summer, so expect large crowds and many tourists during these months.

However, Euros are also widely accepted in most shops, cafes, restaurants, etc… throughout Budapest.

Budapest Travel Guide: 5 Things To Do In Budapest

Istanbul Travel Guide: 5 Things To Do In Istanbul

Sofia Travel Guide: 3 Things To Do In Sofia

WHAT TO PACK FOR HUNGARY?

Thanks for reading this article and if you have any questions about this One Day In Budapest Guide, please leave me a comment below and I will get back to you as soon as I can. Hi and thanks for visiting my blog!
I’m Jonny Melon, a 27-year-old backpacker from Australia. I’m forever chasing raw experiences and off-the-beaten-path adventures. I create FREE travel guides to help you explore this wonderful earth!